UAB “Miško namas” (Ltd) was registered in 2003, but the manufactory of log cabins was started in 1992. The manager and the main part of employees work for the company since the beginning. It ensures fast and high quality work performance. The manufacture of log cabins in factory, which is situated in Šimonys village, Kupiškis district, was started in October, 1997.

The factory itself is situated in 1,48 ha private land plot. For the manufactory over 4000 m2 of premises is used. Warehouse constantly holds 700-1200 m3 of timber.

The main activity of the company is manufacture of prefabricated residential houses, garden rooms, cabins, sheds, garden furniture and gazeboes.

Houses is manufactured from glued laminated pine (glulam). This type of houses is the most resistant to humid climate impact compared to other types of wooden houses. These houses less twiddle and do to crack. For the same reason in the corners of the house the metal, wall height screws is used to tie up and strengthen all the construction.

All products are exported. 30 per cent goes to Japan, 30 per cent to United Kingdom, 40 per cent – to EU countries, including Austria, Germany, the Netherlands, France.

Only Nordic Russian and Byelorussian pine timber is used to make all the products. Nordic timber is more denser and because of slow growth – stronger, comparing to the warmer climate grown timber.

The company constantly invest into the new machinery, which purchased no earlier than in 2003. 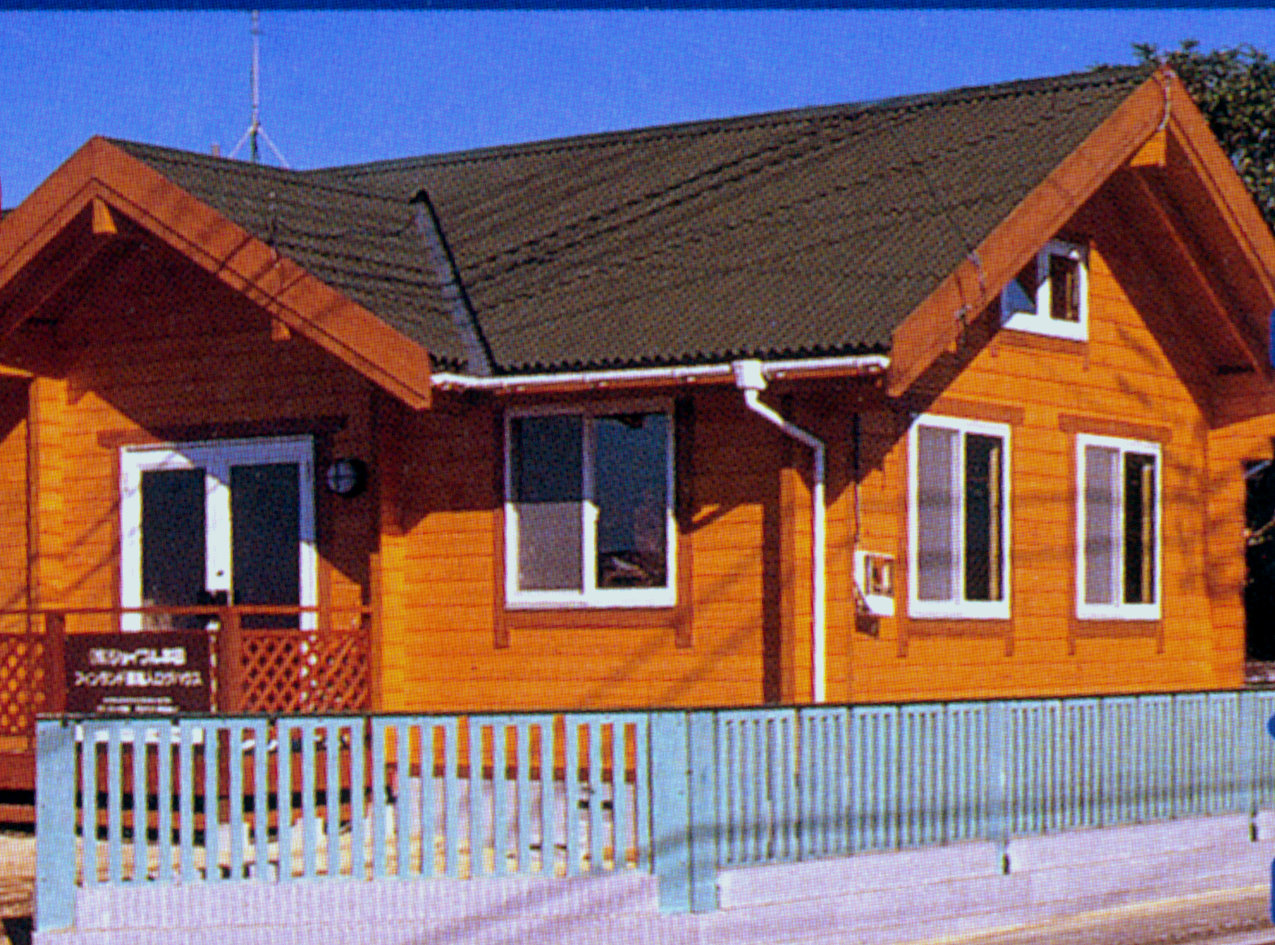 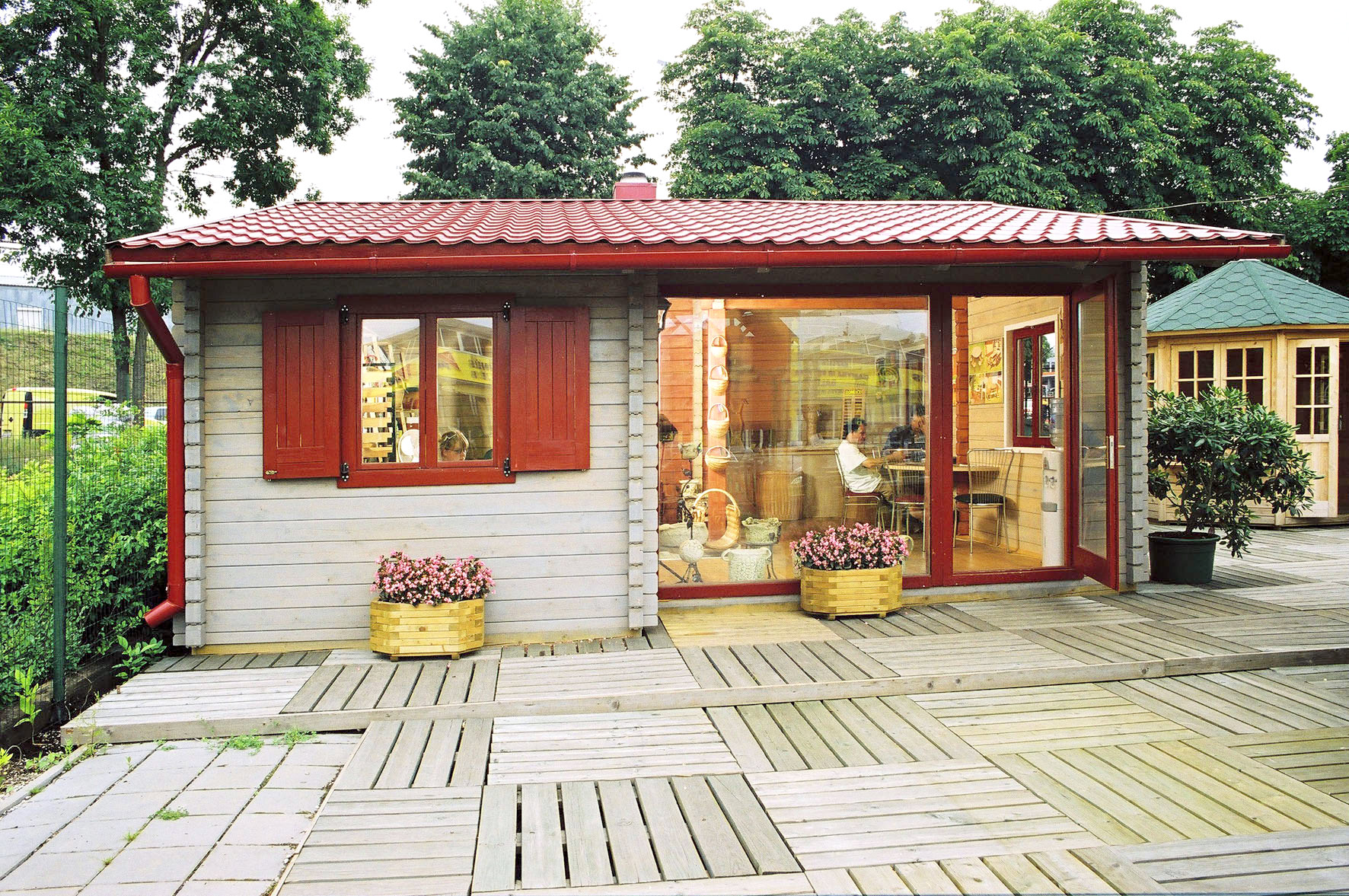 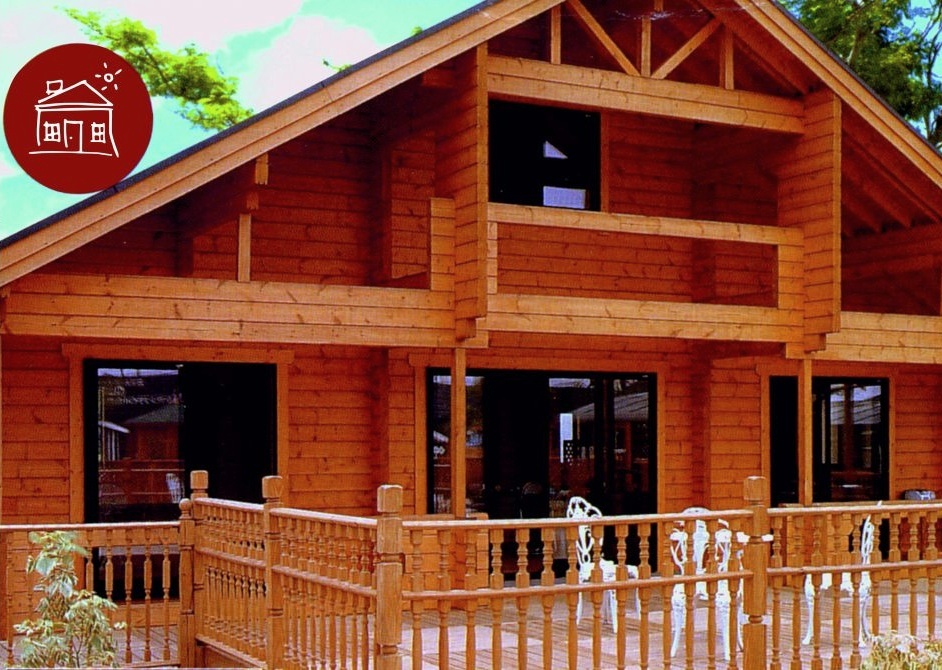 The company also make frame houses, but it is not the main activity.

When long details for constructions is needed, the company can provide finger joints up to 18 m length. We use “closed” tenon for furniture and “open” for tables. House joints is milled by efficient notching machinery which can notch up to 500 details (about 6 houses) during one shift. In the end of 2013 the company started to use Hundegger K2-5 (5 axle) computerized manufacture line for precision joints and rafter in 3D space. With this machinery lets especially fast production of houses by bespoke.

Before loading to ocean containers, fully made products are impregnated by the biochemical material Sinesto B. It is done to avoid mold and fungus while shipping containers throw seas in hot climate zone. It is not necessary if production is transported by trucks. Lags, terraces and other stuff, which has direct contacts with the ground, are impregnated by pressure treated with Wolmanit CX-10. In this way made Glulam meets Japan JAS certificate requirements. (German Chemical Institute tested quantity of the formaldehyde is less than 0.00000... ).

Because the factory is situated in small poor area, the company constantly support village people by not only offering job places for disabled people, but also by donations for community feasts and other needs.